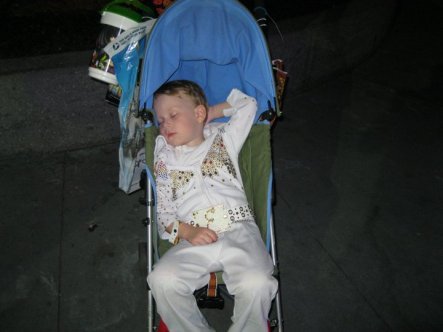 Elvis with his friends, (year #2 lol) 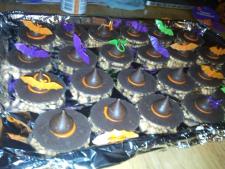 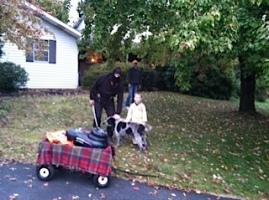 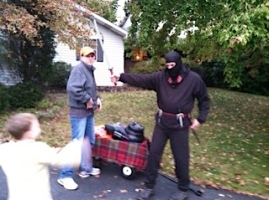 Swords vs a ghost trap! 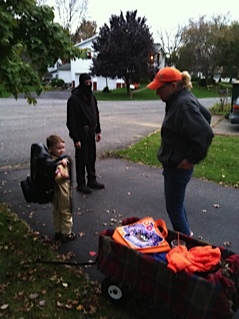 I googled “monday”…
and you know what I saw…
it was so sad…
poor Monday!

On Wikipedia…
“A number of songs feature Monday, often as a day of depression, anxiety, or melancholy. For example, Monday, Monday (1966) from the Mamas & the Papas, Rainy Days and Mondays (1971) from the Carpenters, I Don’t Like Mondays (1979) from the Boomtown Rats, and Manic Monday (1986) from the Bangles.”

Yes it’s the first day of the week when adults go back to work and children go back to school after the weekend.

But check this out…
It’s really Moon Day!
“The name of Monday is derived from Old English Mōnandæg and Middle English Monenday, which means “moon day”. ”

Poor, poor Monday… it gets such a bad rap.
It is however, excitingly the first day of the week!

Kids get to go back in to school and see their friends!
Yes some people go back in to work… but Monday’s get everyone’s adrenaline going.
People say hello! How was your weekend?
There’s chatter and discussion about what everyone did.
It’s uniting if you really think about it.

Monday is the least rainy day of the week! – Some people believe it’s due to man made pollution subsiding over the weekend!

Workers only manage about 3.5 hours of productive work on a Monday.
So why complain???! 🙂 You’re going to do less on a Monday! YAY!
It tales a bit to get back in gear.

So hey!
Kick Monday’s butt and enjoy the day!
Hope we gave you a few reasons to help you through it or at least smile!

Check out these two videos! 😉

I was just being silly for this next one…It’s like 10 seconds long LOL! Enjoy!

As I told you before…
We had an amazing time in New York City for our Adventure Days!

Jackson thought this was the best artwork at the New Museum! Watch the dogs carefully! It wasn’t easy getting the video at night, but it is really cool! I wonder how many people actually notice these beautiful dogs!

If you know the story of Eloise at the Plaza by Kay Thompson (I used to teach Pre-K remember) then you definitely want to visit The Plaza Hotel! It was filled with Eloise things and even an entire Eloise store! Loved it! The pic of the Eloise books will take you to the Barnes and Noble site if you would like to check out more about Eloise.

I saved the best for last! One of my absolute favorite things from our Adventure Days in New York City was visiting The Plaza Hotel and seeing….SANTA!!! 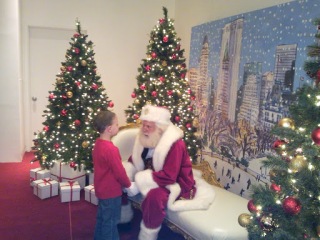 Santa wasn’t too busy, so he actually called Jackson over to him so they could talk! I loved it and Jackson was just thrilled! He felt so special to have Santa say he wanted to talk with him personally! Wow! Then Santa put us right in front of a group of 5 older girls so he could get his picture with Jackson 1st…the girls thought it was adorable and were very understanding! It’s so nice to be in a world with such wonderful people! 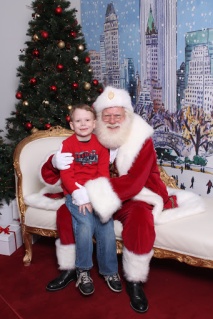 He was so excited to tell everyone about his Adventure Days in New York City! He told lots of people about Santa and also his Burnt Rabbit Fur story too! (Don’t know the story? Check it out here!) That may be one he remembers for the rest of his life! LOL!

If you’re planning on visiting New York City this Christmas…then definitely check out our posts about Our Adventure Days in New York City!

I love having these Adventure Days with Jackson! I am so thankful to have the ability to work from home so that I can do these things with my son!

Click on this Link!
Put your email address in!
Watch the Free Video!

Get Started with us today!

This video has gone completely viral since it was posted on November 26, 2012!

If you get scared easily…
I wouldn’t watch it…

But if you can look at it in the sense of what they are trying to do here, then by all means…watch away!

They do show you how the little girl ghost shows up… So you know what’s coming LOL!

I am glad I wasn’t in that elevator! I would have completely freaked out! And I love paranormal stuff!

I also worry about the health of a lot of these people to have a scare like that!

I have been in a haunted hotel where a friend of mine came out completely white as a sheet! She was fine and we all had a blast! LOL!

It’s one of those stories that gets brought up every time we see each other! 😉